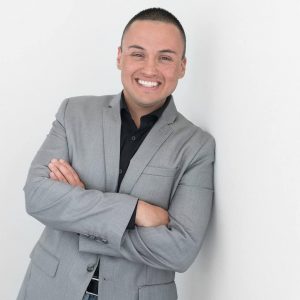 James Ring is a native of Polk County and graduated from Bartow High School. Following graduation, he enlisted in the U.S. Army Reserves as an Airborne Military Policeman.  After 9/11, he was called to active duty and deployed to both Afghanistan and Iraq in support of Operations Enduring Freedom & Iraqi Freedom. Recipient of the Bronze Star Medal.  He is recently retired from the Lakeland Police Department as a Police Sergeant, where he served 12 years.  He joined his father & brother in starting Ring Roofing, a state certified roofing contractor.  He is married to Dr. Candi Ring, a Cyber Security Curriculum Developer at the University of South Florida. They have 3 daughters – Hope, Faith and Grace and he has one son, Kristopher who attends Florida Southern College. They have been active members of Together Church for 10 years.

Organizations he is involved in, including leadership roles, are: Lakeland Police Dept. Citizen’s Advisory Board, the Republican Club of Lakeland, Business Voice of Greater Lakeland which he is the current Chairman representing small businesses struggling to make ends meet and serving as an advocate for pro-business initiatives in both Tallahassee and Washington D.C., Central Florida Speech and Hearing Center, the Lakeland Chamber of Commerce, Warrior Walk Lakeland, the Global War on Terrorism Freedom Memorial Advisory Committee, the Polk County Veteran’s Council and the Lakeland History & Cultural Center Advisory Committee. He also volunteers as a Veteran Mentor for the 10th Judicial Circuit Veteran’s Court program.

As President, his vision for the Club is:  to build positive relationships, increase new memberships, engage and enroll new voters, foster a welcoming environment, encourage activism & civic engagement, strengthen relationships & increase engagement with the elected delegation, and update the RCL Bylaws and Constitution. He would also like to reinstate the John Hugh Shannon Memorial Scholarship as an annual scholarship awarded by the Club.