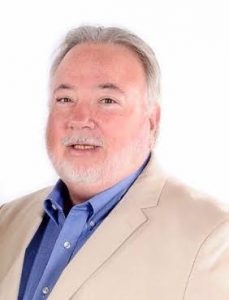 Paul was born in Warren, Ohio and is the youngest of four siblings.  As a preacher’s kid, Paul grew up in the family of a Christian home and is very thankful for Godly parents.  He has lived in many states in the eastern US, including upstate New York, Georgia, North Carolina, Virginia, and West Virginia.  He graduated from high school in Charleston, West Virginia and then attended West Virginia State College, Polk State College, and Liberty University Bible Institute.  Paul missed any military enlistments, but applauds all that have and are serving our country.

His work history started as a young boy working on a tobacco and hog farm in Georgia for $1 per hour.  He entered the real workforce, while still in school, at Sears & Roebuck, Co., Charleston, West Virginia.  He also helped his family in a grocery store, many times being in the midst of baking 600 loaves of bread a day.  He then worked for the West Virginia Department of Highway Construction, which led to getting into the insurance industry and later graduating to Financial Services.  Paul found a passion for Financial Services.  He learned all about man’s wisdom, including being on the banking side for 13 years and managing over 50 registered representatives throughout Florida.  He then decided to go independent due to several banking mergers and acquisitions.  Paul now has his own practice as an independent financial representative and is currently on the Executive Board for NACFC.org.

Paul has spoken and taught in over 100 churches from Naples, Florida to Kansas City and Lynchburg, Virginia.  He has been a participant, mentor, and leader in various efforts and ministries including AMSAFL.net.

He and his sweet wife, Judy, have four awesome boys, ages 27 to 38, and one fantastic four-year-old grandson.  They are active members of their church, where he also teaches.  He and his wife like to take in local sporting events, including Southeastern University football and NASCAR racing.  They also like to travel, including mission trips to help missionaries.  When they are not traveling, you might see them roaming the area on their bicycles!